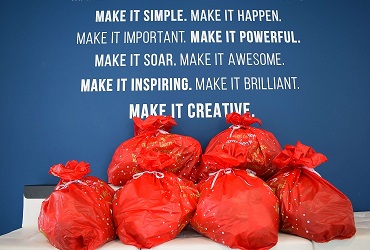 QIVOS supports “Doctors of the World” in Greece

QIVOS supports “Doctors of the World” in Greece

QIVOS, along with FF Group actively supported the important activities of the Non-Governmental Organization “Doctors of the World” / “Médecins du Monde” – Greece.

More specifically, QIVOS proceeded to the donation of clothing and bedding items for the elderly in the sleeping home, sporting goods and the necessary school supplies for unaccompanied children, enhancing the significant effort of the Doctors of the World.

“Doctors of the World” is a medical humanitarian non-governmental organization, founded in 1990, having as its guiding principle that every human being has a right to humanitarian assistance, irrespective of their gender, race, sexual orientation, religion, ideology or political persuasion.

Since the beginning of its operation, “Doctors of the World” in Greece have created a variety of projects both within the country and abroad providing medical care and other services to the marginalized populations that have no access to health services and are in need of medical care. The long-term goal of the “Doctors of the World” is to make healthcare a basic human right. Learn more about the organization here.

Mrs. Fani Charbi, COO of QIVOS, commented: “At QIVOS, we are constantly trying to support socially responsible actions that put people at the center. For us at QIVOS, it is very important to actively participate in such activities and contribute, as much as we can, to the formation of a better society. In this context, it is a great pleasure to support the valuable work of Non-Profit Organizations such as “Doctors of the World”, promoting volunteering, unity and donation to vulnerable social groups.

Find more photos in the photo gallery below

If you have questions, feel free to get in touch.