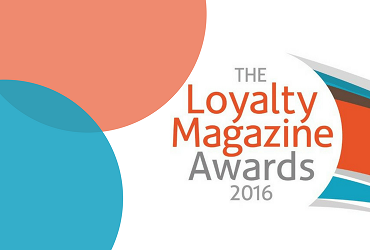 QIVOS, one year after being qualified in finalist round in the category Best Loyalty Program of the Year – Card Based with IKEA Family loyalty scheme, was officially invited by the hosts to take part in this year’s ceremony.

The ceremony took place at the Tower of London, where attended “those who are influencing the future direction of retail, banking & payments, hospitality, travel and many other businesses, by giving recognition to the concept of giving something back” as the CEO of the Loyalty Magazine awards Mrs. Annich McIntosh stated to her welcome letter on directory of the event.

The entries for 2016 came from a wide range of businesses and we were pleased to realize that the winners were they who invested in innovative loyalty solutions for their customers, based on Omni-channel approaches. Loyalty schemes which combine a variety of interaction methods with their members such as mobile apps, as well as wearable devices, were in the spotlight in the fifth year of the awards.

It was an honor for the QIVOS team to be among leading companies in customer experience and loyalty solutions from all around the world, and exchange ideas and opinions on future trends. The directory of the event hosted QIVOS’s article “Why Omni-channel reality and mobile loyalty applications connect customers to your brand”, in which our Omni-channel approach to build a multi-brand loyalty scheme for FFGroup Exclusive was thoroughly presented.

We would like to thank the hosts of the event, and to renew our meeting with all the “Loyalty” people on the 6th Loyalty Magazine Awards ceremony!

If you have questions, feel free to get in touch.